Fenrir and Their Mysterious Mythology

Fenrir (pronounced "FEN-rir," Old Norse Fenrir, "He Who Dwells in the Marshes") is the most well-known of Norse mythology's many wolves. His significance to the pre-Christian Scandinavians is evidenced by his depiction on multiple surviving runestones, as well as his frequent appearance in Old Norse literary texts.

He is the son of the god Loki and the giantess Angrboda, and the brother of the snake Jormungand and the goddess of the underworld Hel.

The Aesir gods raised Fenrir themselves to keep him under their control and prevent him from causing devastation over the Nine Worlds, as told in the story The Binding of Fenrir. However, he grew at an incredible rate, and the concerned gods eventually resolved to enslave him. Their first two efforts failed, but once the cunning gods persuaded Fenrir that it was just a game, a test of his might, he easily broke free. The gods had the dwarves make the strongest chain ever built for their third attempt, despite the fact that it appeared to be quite light and even soft to the touch. Fenrir became dubious when the gods gave him with the third fetter, and he refused to accept it until one of the gods put his hand in his mouth as a sign of good faith. Tyr was the only one bold enough to do it, despite the fact that it meant losing his hand. When Fenrir was unable to break free from his bindings, he tore Tyr's hand from its arm. The chain was then attached to a boulder, and Fenrir's jaws were held open with a sword. A foamy river named "Expectation" (Old Norse Ván) spilled from his drooling mouth as he howled madly and continuously.

This was not the end of Fenrir, as the river's terrible name suggests. He'll break free at Ragnarok and run around the planet, his lower mouth on the ground and his upper jaw in the sky, eating everything in his path. [3] He will even murder the god Odin before being killed by one of Odin's vengeful sons.

Fenrir and Other Wolves in Norse Mythology

There's evidence to believe that many of the other wolves recorded in Old Norse literature are Fenrir disguised as someone else. During Ragnarok, he is said to devour the sun in one Old Norse poem, a feat previously attributed to another wolf named Skoll ("Mockery"). Another Old Norse poetry frequently describes a wolf named Garm who will break free from bonds during Ragnarok; this is most likely Fenrir posing as someone else. According to another tradition, the wolf who will devour the moon is known as "Moon-garm" (Mánagarmr). Thus, Hati ("Hatred"), the moon-eating wolf, could be another extension of Fenrir – or at the at least of Garm, assuming Garm is not also an extension of Fenrir.

Looking for more great information on Norse mythology and religion? Let's take a look at our TOP 5 Amazing Viking Items here. It will blow your mind and make you fall in love immediately.

The Vikings were a fearsome people, known for their brutality and seafaring skills. Today, we can celebrate their culture with this amazing Viking tattoo cloak. Printed with scenes of Norse mythology, this cloak is perfect for enthusiasts of all things Viking. So put on your helmet and prepare to pillage with the best of them!

Get order here: VIKING TATTOO VIKING ALL OVER PRINTED CLOAK

THE RAVEN VIKING ALL OVER PRINTED UNISEX HOODED BLANKET

As the cool breeze of autumn starts to blow, and the trees turn from green to auburn, one can't help but prepare for winter. One way to do that is by snuggling up in a soft blanket. And what could be softer than a handmade blanket with an all-over raven print? This particular design is inspired by Norse mythology and the legend of Odin's great feathered friends, Huginn and Muninn. So if you're looking for something unique to keep you warm this winter, look no further than this luxurious raven Viking all-over printed unisex hooded blanket! 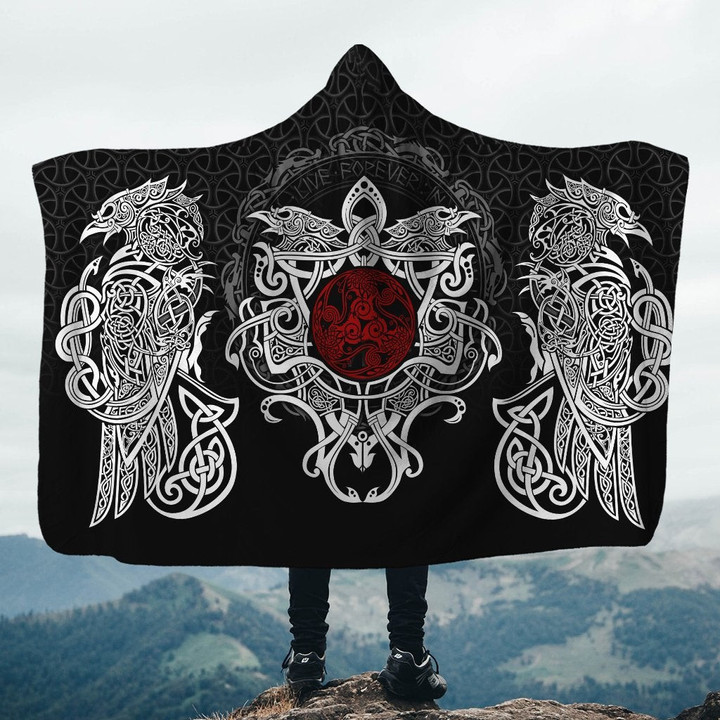 Get order here: THE RAVEN VIKING ALL OVER PRINTED UNISEX HOODED BLANKET

Get order here: RAVEN NORSE VIKING ALL OVER PRINTED SHIRT

If you're a fan of Norse mythology, you're going to love our latest bedding set. This beautiful quilt features a stunning all-over print of Odin's ravens, Fenrir, Skoll, and Hati. Whether you're looking to add some Nordic flair to your bedroom décor or just want a comfortable and stylish place to sleep, this bedding set is sure to please. So order yours today and enjoy a good night's sleep in style! 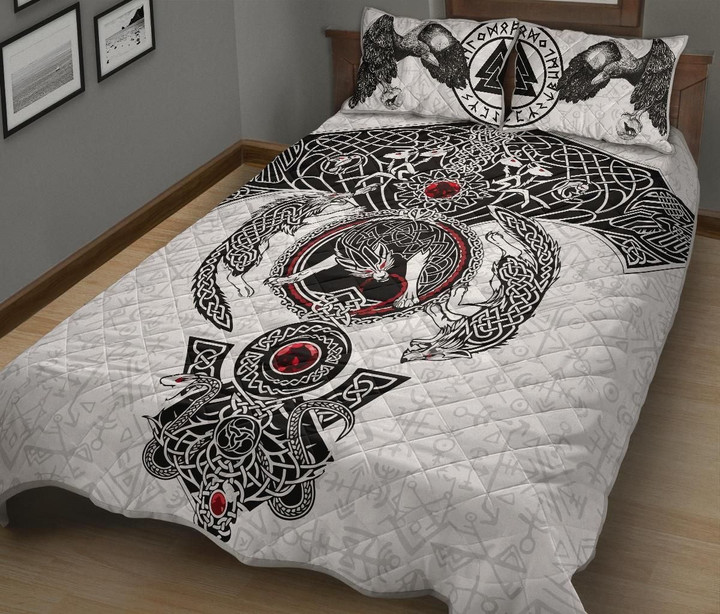 THE HELM OF AWE VIKING ALL OVER PRINTED WINDOW CURTAINS

If you are looking for a new and unique way to dress up your windows, look no further than these amazing Viking all over printed window curtains. With a bold and eye-catching design, these curtains are sure to add some serious style to any room. Whether you are looking to create a Viking-inspired home decor scheme or simply want something different, these curtains are definitely worth checking out. Made from high quality materials, they are sure to last for years to come. So don't miss out – order yours today! 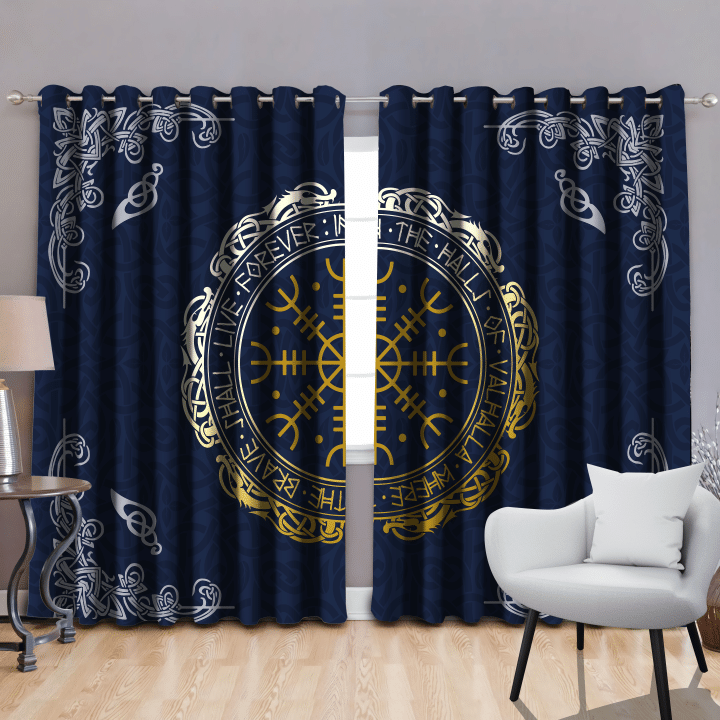 Get order here: THE HELM OF AWE VIKING ALL OVER PRINTED WINDOW CURTAINS

PreviousAM Style and New Year: Revealing huge Vouchers, Deep discounts and a bunch of Hot Deals
NextIn the Bible, what does a lion represent?